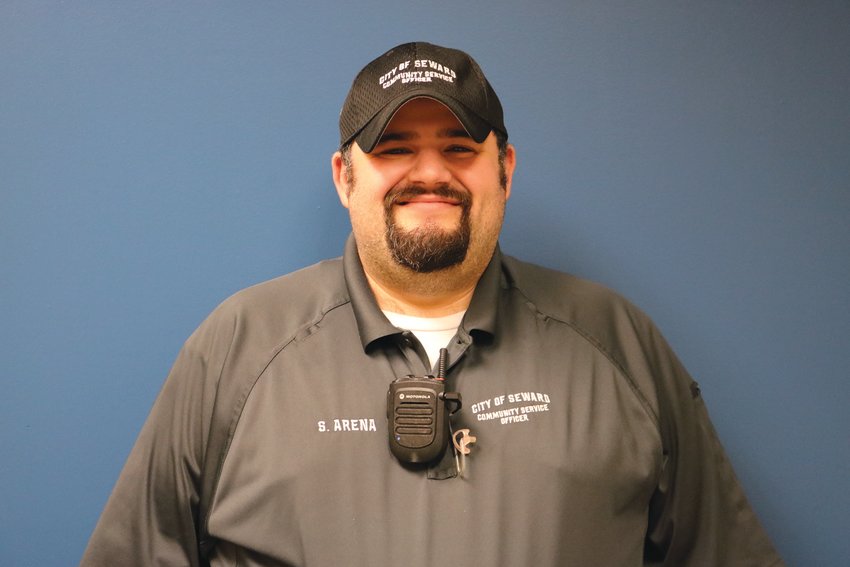 Shannon Arena is the new Community Service Officer for Seward County. Before being hired in his new position, he was a 911 dispatcher for Seward.
Meaghan Stout
Posted Wednesday, January 12, 2022 12:00 am
by Meaghan Stout, design@sewardindependent.com

Seward Police Chief Brian Peters said he and the rest of the department are excited to have Arena on board.

“We are excited to have Shannon as a member of our department. We've worked with Shannon for several years from when he was working as a 911 dispatcher,” Peters said. “We know him professionally and personally. He’s a good fit for our team.”

Peters said Arena is already familiar with the radio system and reporting system, making the training process slightly easier. However, he also said that the community service officer position isn’t an easy job.

“There are a lot of facets to it: animal control, parking enforcement, understanding how the front office operates,” Peters said. “Shannon jumped in with both feet.”

Arena moved around a lot when he was younger but moved to Milford as a freshman in high school. Arena and his wife of six years, high school sweethearts, moved to Seward together after Arena was initially hired as a 911 dispatcher.

“We’re probably going to be ‘Sewardites’ forever. I love Seward,” Arena said. “Seward is a great place and there are a lot of great people here.”

Arena was hired as a 911 dispatcher when he was 22 years old. He remained a dispatcher for a little over 10 years until he was hired as the community service officer in December.

“My old deputy director at dispatch asked me if I wanted to be a dispatcher and I initially told him no. He brought me an application anyway, so I filled it out and I got the job,” Arena said.

Arena said he fell into the job like he was falling into place.

“You know, a lot of kids have dreams. I didn’t really have a dream,” Arena said. “I kind of just picked this up [working with the police department] and ran with it and I really liked it.”

When Arena first began as a 911 dispatcher, he was paired up with one of his former teachers from Milford High School. He said she was hesitant to work with him at first, but the two ended up working well together. They were partners for three years.

“They ended up calling us the ‘A Team’ for a while. I learned a lot from her, not only in school, but also in dispatch,” Arena said.

Though Arena never planned to become a part of the police department, he hopes to continue down the path and eventually become a police officer.

“I have always admired the police department,” Arena said. “I would eventually like to become an officer down the road. That’s a couple years out but I feel like this is a really good starting point. There’s a lot to learn.”

Peters said he is excited to have Arena as a part of the team and hopes he sticks around in the police department.

“I’m looking forward to having him work with us for several years to come, I hope,” Peters said.

Arena is excited about the opportunity to be more presently active within the community. As a 911 dispatcher, he got to know residents, but only over the phone.

“I’m excited to be able to meet people outside of the phone,” Arena said. “I’ve talked to the citizens of Seward and Seward County for the last 10 years, so I know who they are, but they don’t know who I am. It’s nice to be able to actually meet them now.”

When he’s not working, Arena likes to cook different types of dishes for his friends and family.

“I’m a huge cook,” Arena said. “My spice cabinet is probably a lot larger than it should be.”

Arena said he spends probably 80% of his free time cooking. He considered going to culinary school but realized he prefers to cook at his own pace and be free to make mistakes and learn from them.

For now, cooking is a hobby for Arena. However, he mentioned the possibility of opening a food truck of his own once he retires, though he isn’t sure what type of food he would serve.