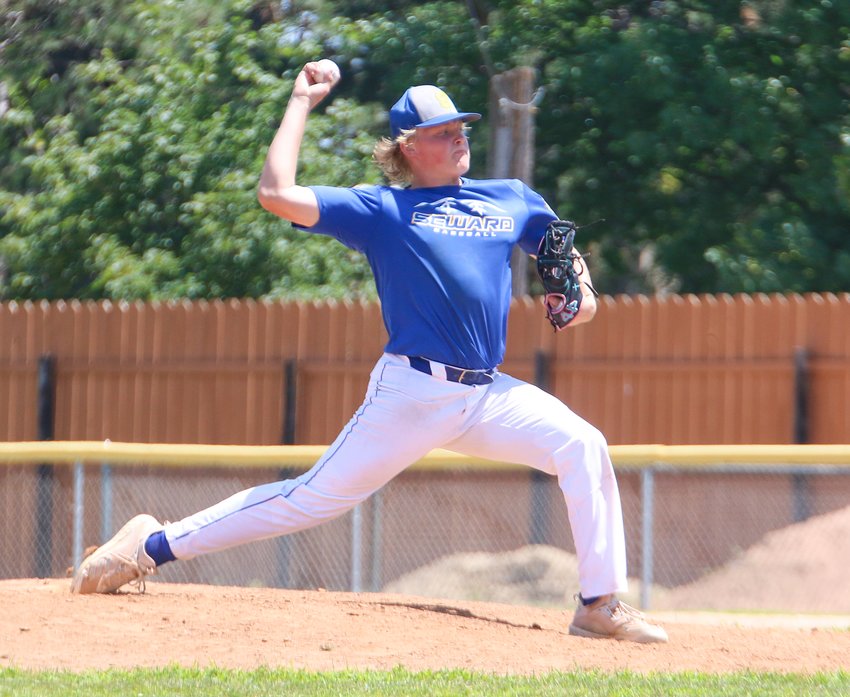 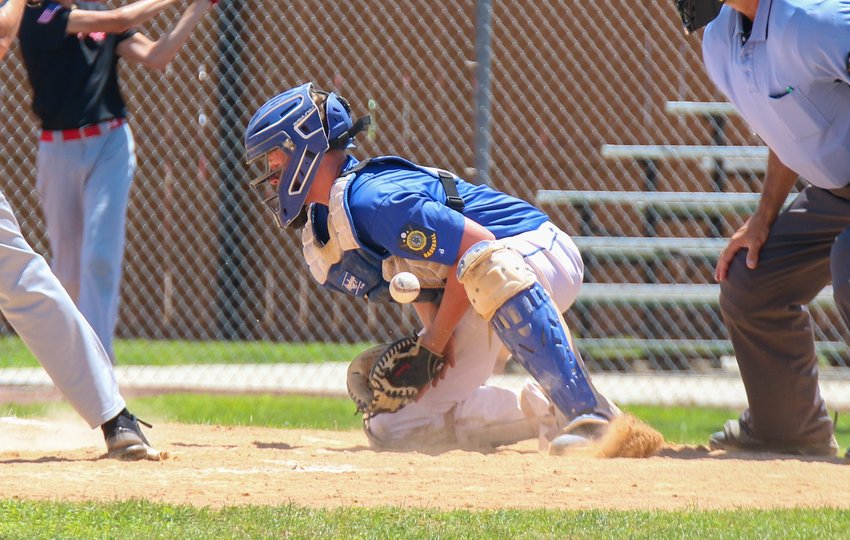 Cale Gardiner of Seward blocks a pitch in the dirt against Aurora July 9.
Stephanie Croston 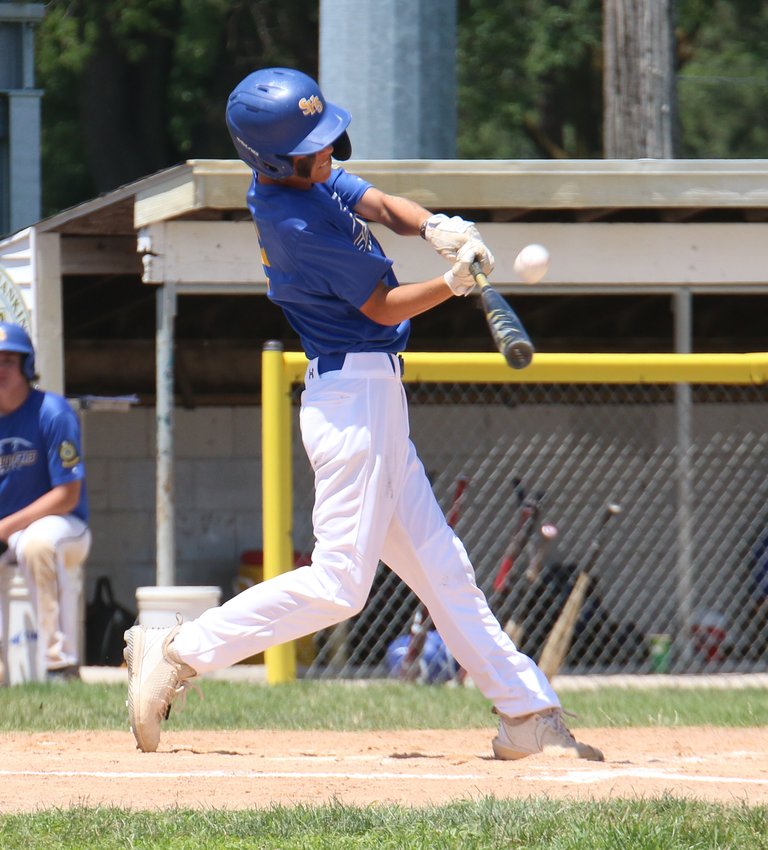 Henry Lewis of Seward gets under a pitch from Aurora during the Class B Area 4 tournament in Columbus.
Stephanie Croston
Previous Next
Posted Wednesday, July 13, 2022 9:00 am
by Stephanie Croston, scroston@sewardindependent.com

After a rough start to the Class B Area 4 tournament, the Seward Legion team won two straight to stay alive in the postseason.

Seward opened play July 8 with a 10-6 loss to York. Seward took the lead 6-5 in the fourth inning, but York scored three in the sixth and two more in the seventh.

Facing elimination in its second game, Seward defeated Aurora 8-0 July 9. Carter Ernesti was dominant on the mound, striking out 13 in five innings.

Kyle Peery was 3-4 for Seward. Kolton Loos, Conner Sveeggen and Henry Lewis had two hits each in Seward’s run-rule victory.

Carl Taylor was 4-4 with a double and three RBIs to lead Seward’s offense. Cale Gardiner drove in three runs, as well. Peery had three hits including a double, and Braiden Herring was 2-4 with two RBIs.

Sveeggen, Loos, Towle and Collin Nagel saw time on the mound in the win.