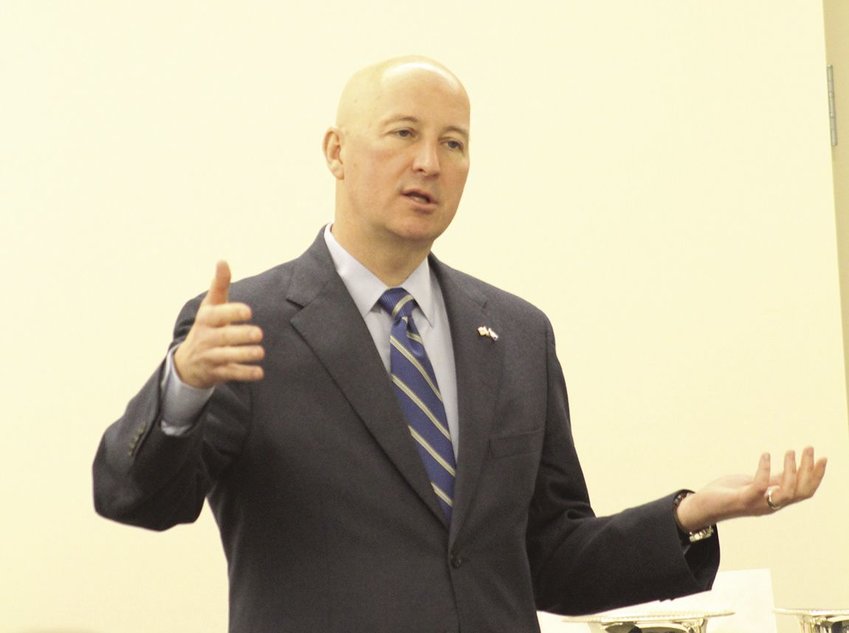 Gov. Pete Ricketts speaks at the Seward Rotary Club meeting on May 8.

He discussed current happenings in state legislature and gave an update on state flood relief. All together, the state has received $75 million in flood relief aid and loans.

Ricketts also spoke on GROW Nebraska, a nonprofit organization that looks to develop and support small business owners throughout the state.

He said a main focus in the legislature right now is expanding the SNAP Department of Labor program by offering job coaches to families on food stamps to help them find employment. Ricketts said he hopes the expansion will be rolled out statewide by the end the year.

Finally, Ricketts honed in on the work Rotary clubs do.

“They are critical to the fabric of the state,” Ricketts said. “We need local communities like you.”