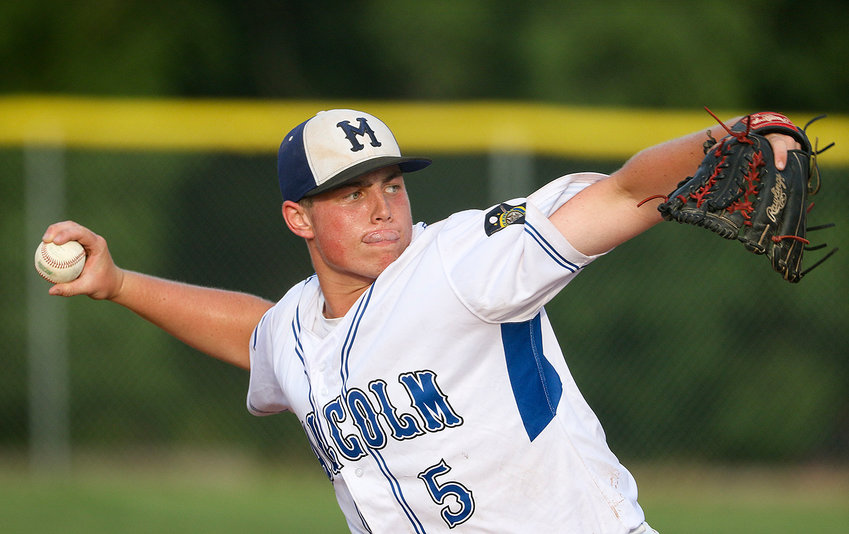 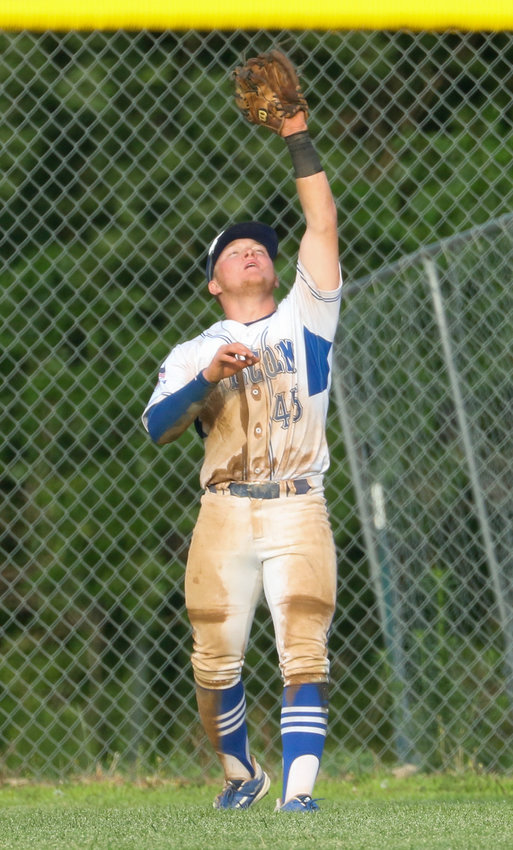 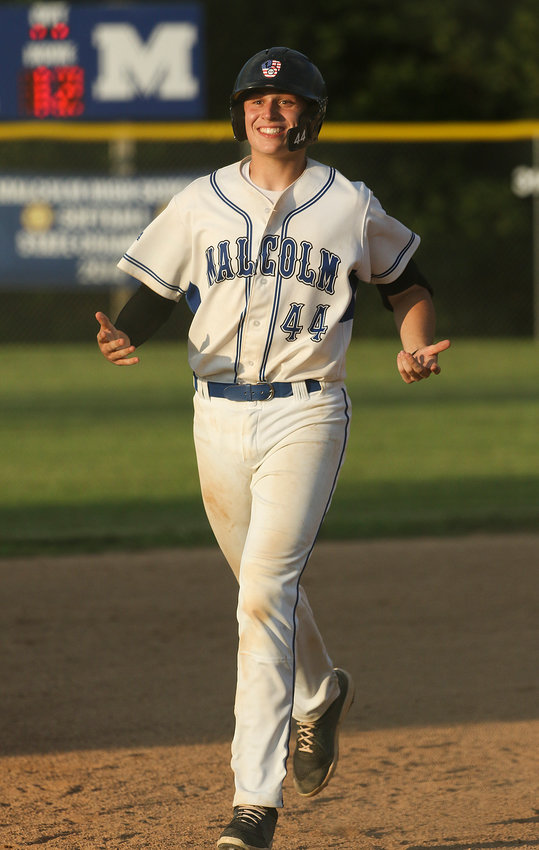 Malcolm's Luke Schmidt is all smiles after his home run against Palmyra in junior legion distrct action.
Doug Carroll 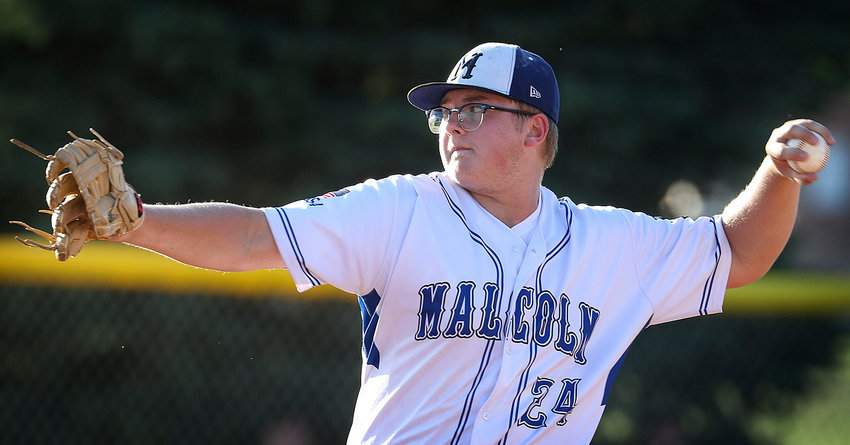 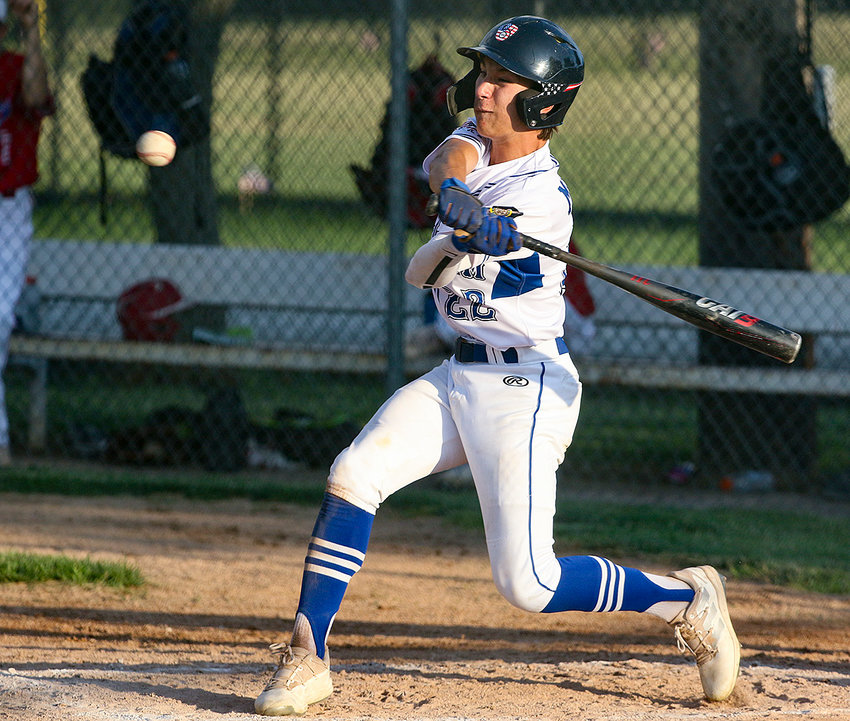 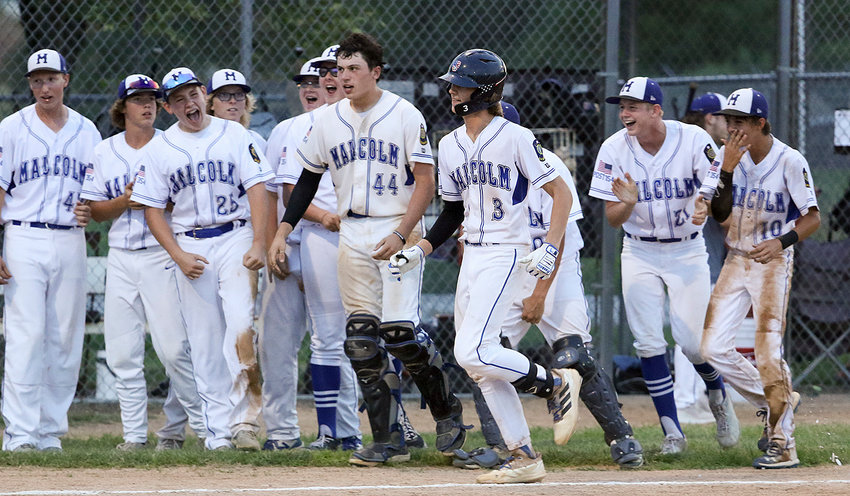 This is when all the hard work starts to pay off. All the swings in the cage in the winter, now turn into balls flying out of the park. The bullpen sessions now show up as strikeouts and no hitters. The postseason provides the payoff.

The Malcolm Junior Legion baseball team is enjoying the fruit of its labors as it plows its way through the Class C Area 3 Tournament. The event got started July 8 in Malcolm with the home team holding the top seed.

Malcolm opened with a relatively easy 14-0 win over No. 6 seed, Bennet-Palmyra. Brett Rhone and Owin Little were in control on the mound as the duo combined for a five-inning perfect game. Each of the southpaws struck out five B-P batters while allowing no baserunners.

“A perfect game was the best possible way for us to start the tournament,” Malcolm head coach Brandon Rieschick said. “We’ve talked all year about pitch counts and how important they are, and Brett and Owin trusted their defense and went right after them.”

The day one victory moved Malcolm to a game against No. 4 seed Tecumseh. Five runs in both the second and fourth innings helped Malcolm to a 10-1 run-rule win. Wisnieski homered again while Robotham, Cody Sykes and Carson Frank all doubled, and eight of nine batters drove in at least one run.

“We’ve done a really good job of having a next man up mentality,” Rieschick said. “The guys all trust each other to pick them up and get the job done.”

Frank earned the win on the mound as he struck out five batters through three innings before turning the game over to Meyer who also fanned five batters.

The day three matchup was a familiar foe as Malcolm faced No. 2 seed Syracuse in the July 10 winner’s bracket final. In two previous meetings, Malcolm run-ruled Syracuse by scores of 10-2 and 17-4.

“We were pretty confident going in,” Rieschick said. “We knew we’d get their best shot, but we also knew they hadn’t seen the top four in our rotation. We felt like we should be able to shut them down offensively.”

With Tyler Sears on the mound for Syracuse, Malcolm did get their best effort. After scoring three unearned runs in the bottom of third, Sears helped Syracuse hold a 3-0 lead into the seventh inning. That’s when, with two outs, Meyer blasted a three-run home run to send the game into extra innings.

Malcolm (18-1-2) got Monday off while awaiting the outcome of an elimination game between Syracuse and Elmwood-Murdock-Nehawka. Malcolm needs one more win to earn a spot in the Class C state tournament that begins Saturday, July 16, in Creighton.

“If we keep playing good defense and continue to have a good approach at the plate we’ll be fine,” Rieschick said. “The intensity this time of year is ratcheted up a little bit, so it’s key that we stay grounded and just play our style of baseball.”

Malcolm defeated EMN 6-1 in the championship game to qualify for the state tournament.

The Malcolm seniors had one final game before taking a break prior to postseason play. A three-run Wisnieski home run in the first inning of their July 6 home finale against Valparaiso accounted for all the runs in a 3-0 win.

Malcolm (17-2) should be the top seed in the Seniors’ Area 3 tournament that gets underway July 22 in Yutan.