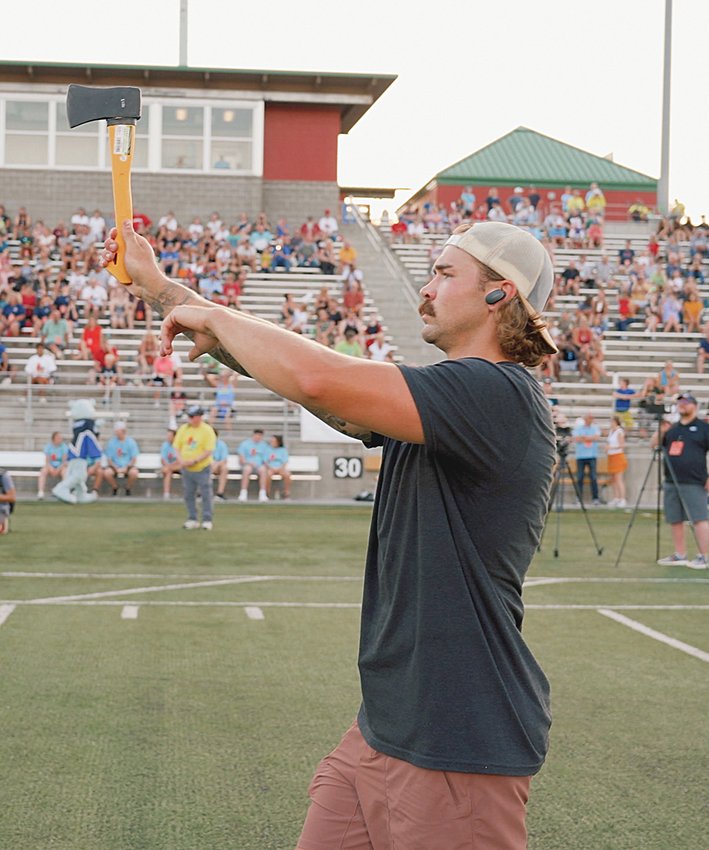 A former Seward resident and Seward High alumnus broke the world record in axe throwing at the Cornhusker State Games.

Jesse Rood hit a target from 90 feet away to break the old record of 75 feet.

Rood said he got into axe throwing when he was working at a Lutheran summer camp.

“I worked with horses there and I also got to do axe throwing,” he said. “I really enjoyed it, so when I started my senior year at UNL I started working part-time at Craft Axe Throwing in Lincoln.”

When he started doing more axe throwing, he realized he could hit a target from pretty far away. Once he realized he was hitting targets from farther than the world record, he contacted Guinness World Records.

“I reached out to them, the Nebraska Sports Council and Craft Axe Throwing to get something set up,” Rood said. “They said that they wanted me to throw at the Cornhusker State Games, and I agreed.”

Just like any other sporting activity, Rood trained for this event – around three times a week.

He said his nerves got the best of him the day of the throwing.

With him not hitting what he wanted, Rood said there’s a chance he might try to break his own record.

“Due to COVID, Guinness World Records won’t send anyone out to confirm that I’ve broken the record, so I have to document it and send it to them, and that can be a lot,” he said. “Maybe in the future, I’ll try again.”