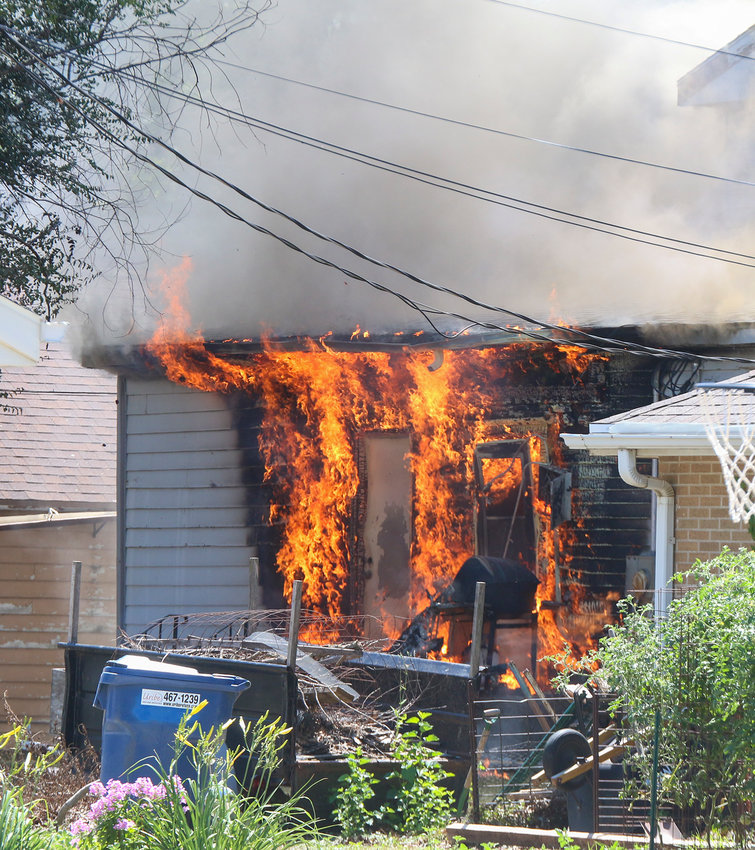 Much of the fire damage was to the rear apartment unit, though smoke and water damaged the other four units as well.
Stephanie Croston/SCI
Posted Wednesday, August 3, 2022 12:00 am
by Emily Hemphill, emily@sewardindependent.com

Seward Fire Assistant Chief Dan Brumm said the department was dispatched to the scene at 428 N. Third Street at 2:38 p.m., where it found smoke and flames in the rear of the building.

One person was still in the building at the time of the fire, but firefighters didn’t know it until the man climbed out a window.

The man was transported to a Lincoln hospital, and a dog also was rescued.

No other injuries were reported.

Brumm said the large response was the result of several factors that day.

Not knowing whether the building’s five apartment units were occupied led to the potential need for additional manpower.

Weather also was a concern, with a temperature well into the eighties.

“With the high temperatures, knowing our guys could only go in a number of times before they’d be exhausted, and with it being that time of day, we didn’t have our full response with people working outside of town,” Brumm said.

Much of the fire damage occurred in the rear of the building in one apartment unit, the attic and the exterior of the building, but the other units sustained enough smoke and water damage to make them unlivable for now.

Brumm said the cause of the fire wasn’t certain.

Firefighters were able to keep the fire from spreading to adjacent properties.

“It was a hot day, and we were concerned that we might lose it,” Brumm said. “It took a lot of teamwork to get it out.”

The building served as a hospital in its early days.

According to local resident Russ Souchek, his grandfather, Dr. Bert Morrow, and two brothers Drs. Milton and Joseph Morrow, owned and operated the hospital in the early 20th century, starting around 1913 and continuing until 1950 when Seward Memorial Hospital opened.