Smith: ‘I call my disability an ability’ 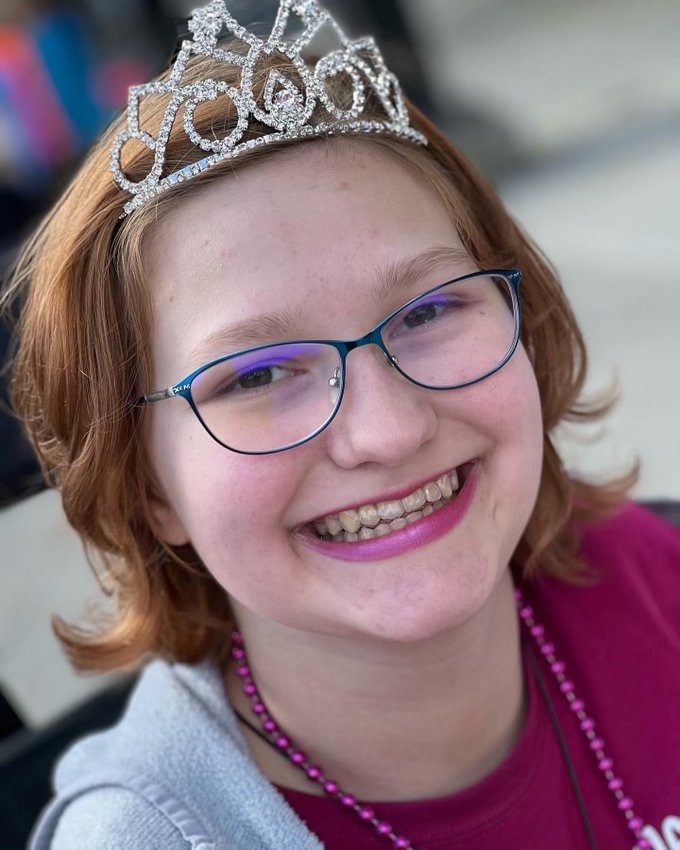 Abigal Smith of Utica, 14, was crowned at the Nebraska Miss Amazing pageant last year, and she is now looking forward to shining her light on stage at the national competition this month.

Miss Amazing is an organization that aims to empower girls with disabilities by giving girls with any type of disability the chance to experience pageant life while making them feel beautiful and appreciated.

Abi, the daughter of Kevin and Erica Smith, has Cerebral Palsy. CP can affect a person’s movement, muscle use, balance, posture, ability to walk and sometimes speech.

For much of her life, Abi’s CP also affected her hands. She said she was happy to have received surgery that helped them.

Although her CP adds challenges to her life, Abi doesn’t let it hold her back.

The Miss Amazing pageant has multiple events, including a question and answer portion, a gala and a talent portion.

For the Nebraska pageant, Abi’s talent was painting. For nationals, she said her talent will be singing.

Painting and singing are both things she likes to do in her free time, along with swimming, shopping, going on walks and watching YouTube.

In every state, there is one winner in each of three age categories: Preteen, Junior Teen and Teen. Abi won the title of Nebraska Miss Amazing Junior Teen Queen.

“It was crazy,” Abi said. “There were so many emotions going through my head, I couldn’t process it all.”

Even though her family was seated toward the back of the venue, Abi said she could hear her mom shout in support all the way from the stage when she was announced as the winner.

“We were shocked when it happened because we just did [the pageant] for fun,” Erica said. “We weren’t expecting it, but it’s been such a fun ride with her. She’s matured through it, and she wants to use it for God’s glory and not for her own.”

This year from July 29 to 31, Abi will be in Nashville for the National Miss Amazing pageant.

The three winners from every state will be at the contest, and Abi said she is looking forward to meeting the participants from other states.

“She just wants to have fun. She’s like ‘I don’t care if I win, I just want to have fun and make friends,’” Erica said. “She’s been one of those kids that’s always been happy for other kids or other people, so I think she’ll be very happy for whoever wins.”

Abi said her favorite thing about pageants has been making new friends. She also enjoys that Miss Amazing participants get together throughout the year for activities including marches, fundraisers and small parties.

Erica said Abi has always had a beautiful heart, and she has loved witnessing her daughter continue to grow through these events and experiences.

“She’s an amazing kid, and I’m very blessed,” Erica said. “If only I could be like her – she’s my hero. Who she is is just such an inspiration for me to be a better person.”

Abi said she lives by two main mottos: “If you throw me to the wolves, I come back leading the pack” and “never give up.”

She said Miss Amazing has not only helped her inspire others but has also benefited the way she sees herself.

“I feel like, as a girl with CP who is in a chair, sometimes people don’t see me for me. They just see my chair,” she said. “Being in a pageant has definitely made me more confident in myself and not feel like that as much anymore. It makes me feel like I am seen for me.”