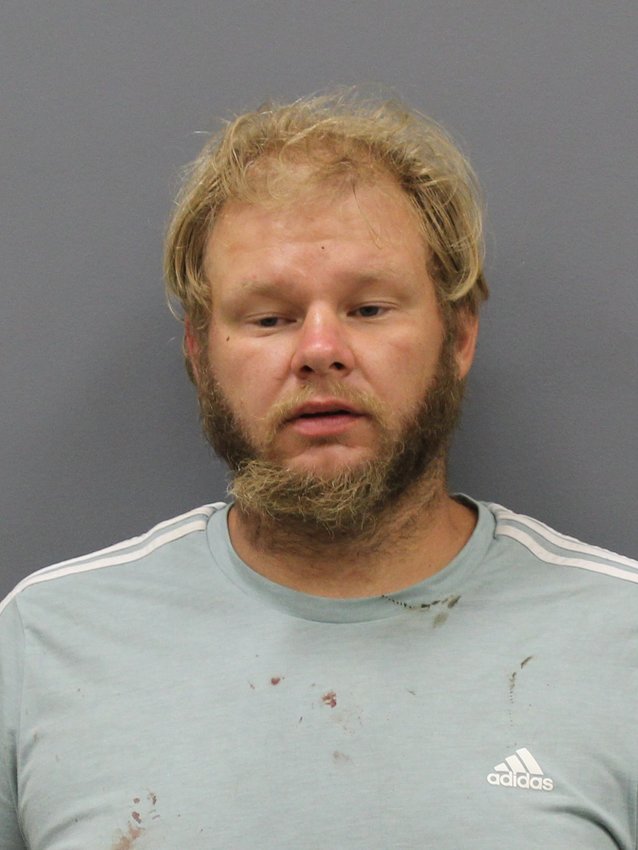 Marcus Vogt, 27, of Fremont was arrested after crashing a stolen vehicle Aug. 1. The pursuit began near Goehner and ended near Lincoln.

The Seward County Sheriff's Office reported that a deputy observed a speeding vehicle westbound on Interstate 80 near Goehner at 7:57 p.m. The deputy attempted to conduct a traffic stop on the vehicle, driven by Vogt, who fled at high speed to exit 373.

Vogt took to county roads until the deputy was unable to see the vehicle, at which point the pursuit was terminated.

A short time later, another deputy located the same vehicle speeding on Highway 6 near Rokeby Road and engaged in a second pursuit until it reached the Lancaster County line.

Nebraska State Patrol was advised Vogt was headed toward Lincoln, and a trooper saw the vehicle collide with another vehicle at the intersection of O Street Road and Highway 77.

An investigation at the crash scene revealed the vehicle was stolen from Fremont and its license plates switched with those of another stolen vehicle.

Vogt and two passengers from the vehicle he was driving, as well as the driver of the second vehicle in the collision, were transported to Bryan Health West Campus. All were treated and released. Seatbelts were used in both vehicles.