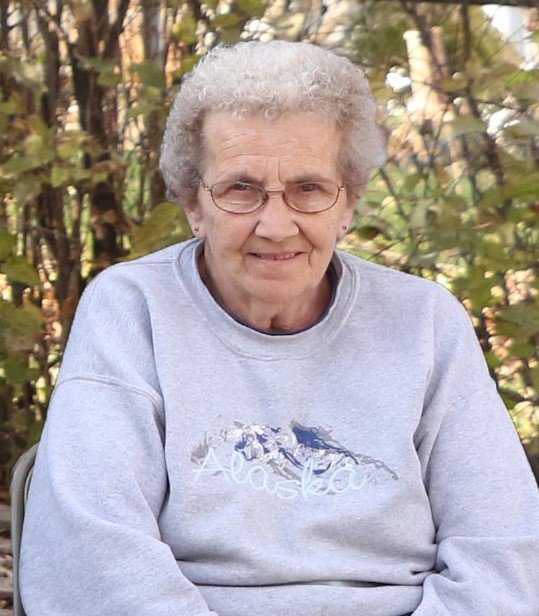 Mary Thompson, of Ulysses, passed away July 11, 2021, at home from an extended illness with her loving husband by her side. Mary was born Oct 11, 1943, in Smithtown, Pennsylvania, to Louis C. Weible and Mary Jane Meyers Weible. Mary was the fourth born of 10 kids. She graduated from Brockway Area High School.

Mom went on a trip to Nebraska and met and married Kenneth L. Beedle. To this union came three boys, Larry, Ronald and Donald. They later divorced. Mom then met and married Bryant M. Thompson on Dec 23, 1994, in Lincoln. Bryant brought four daughters with grandkids to the family.

Mom and Bryant moved from Lincoln to Ulysses to enjoy a slower- and quieter-paced lifestyle. Mom enjoyed the peacefulness of the small town. Mom worked 25 years at Prairie Maid Meats in Lincoln, she then worked at the Get and Split in Seward and drove a truck over the road with Bryant before finally retiring in 2012 at the age of 68 from David Place in David City. Mom was a hard worker. Mom enjoyed traveling, whether going to see family or riding with Bryant in the semi. Traveling to Belgium and Germany were the most cherished. She enjoyed the time spent with family, especially the grandchildren and great-grandchildren. She enjoyed gardening and spending time with her favorite pets, Sammy and KW.

An inurnment service will be Thursday, July 22, at the Roca Cemetery. Condolences may be left for the family online at www.volzkefuneralhome.com.