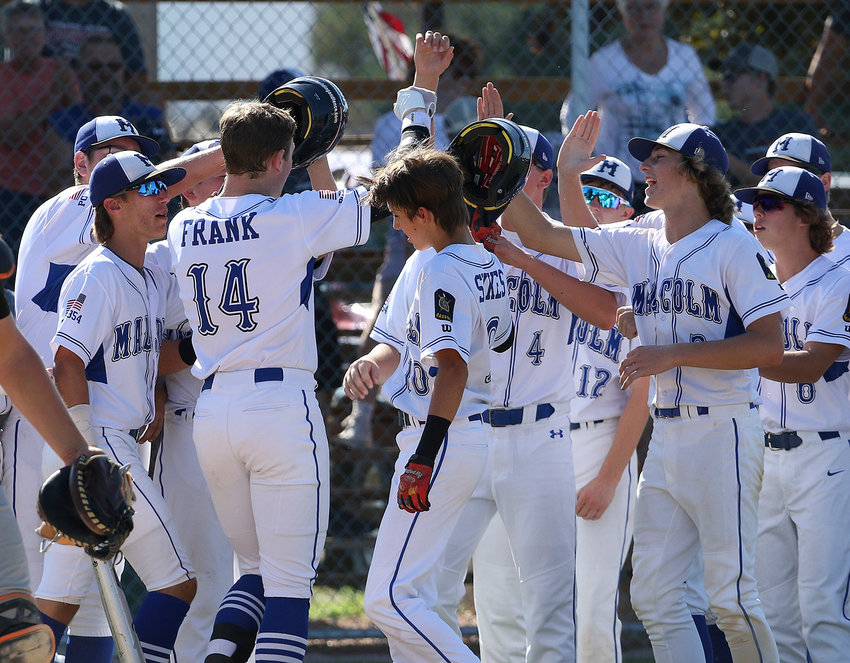 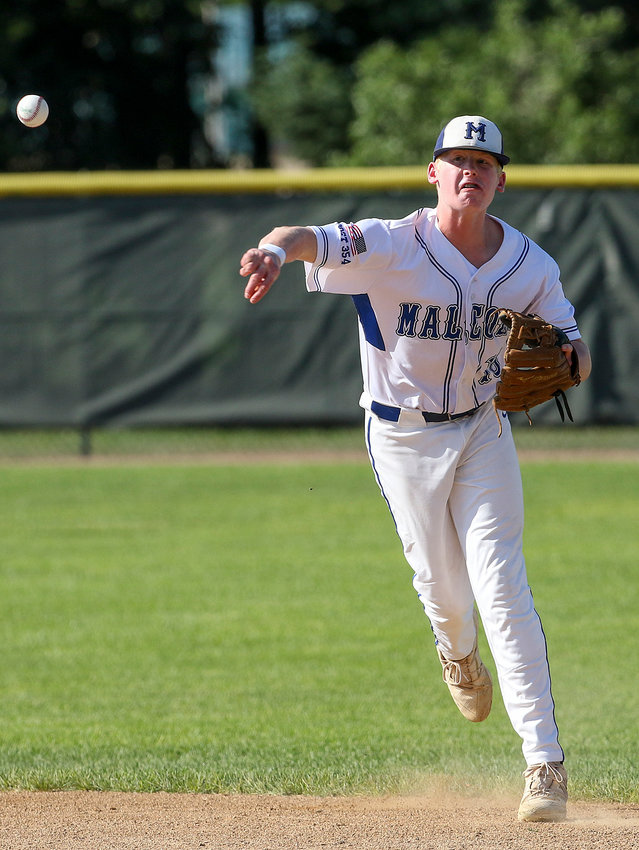 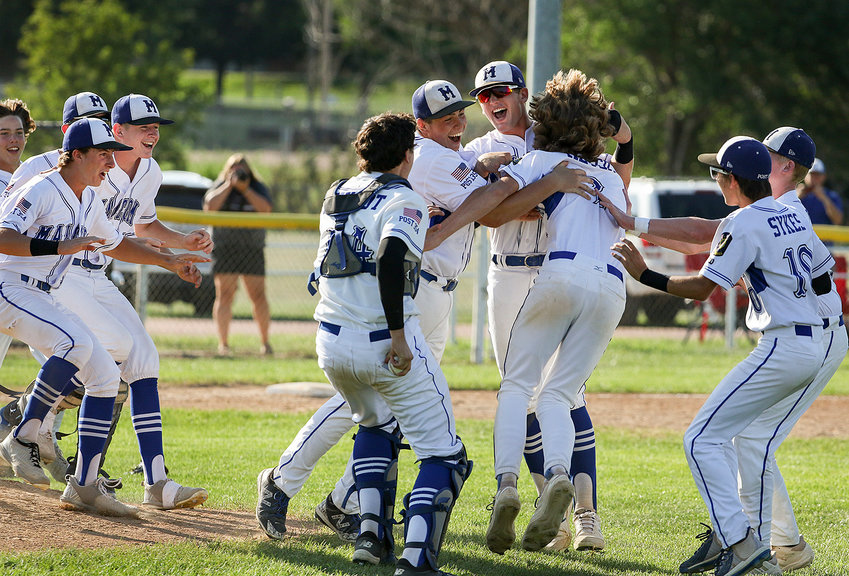 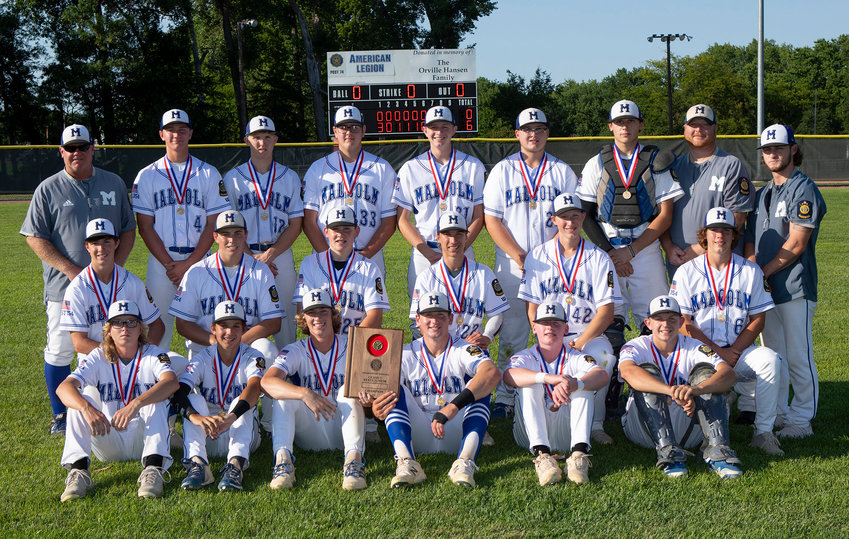 When you allow just five runs over the course of five games, your week probably went pretty well. The Malcolm Junior Legion baseball team enjoyed five days in Creighton as it rolled through the bracket en route to the Class C state championship.

Maddox Meyer needed little help in the July 21 title game as the hurler sat down 13 Imperial batters in a complete game, two-hit performance that finished in a dog pile following a 6-0 win over the Longhorns.

“We knew going in that Maddox would hold teams down,” Malcolm head coach Brandon Rieschick said. “But he had his best two outings of the year. No runs in 12 2/3 innings in the state tournament is getting it done. He’s just overpowering teams and is probably one of the best juniors pitchers in the state.”

Meyer got more than enough run support as Hayden Frank finished an impressive run through the tournament by going 3-for-4 with a double, a home run and three RBIs in the title bout. The senior-to-be hit .529 throughout the week with three doubles and three home runs while driving in 12 runs.

“Hayden has really emerged as a leader for us,” Rieschick said. “He was about as clutch as you could be during the tournament.”

Malcolm won two tournament games by mercy rule – a 10-2 win over Dannebrog-Cairo-Boelus on July 18 and a July 20 triumph by the same score over Pender. Both games ended with a walk off home run by Frank. Against Pender, it was a grand slam.

“Those walk offs really helped us keep our pitch counts in check,” Rieschick said. “It also sent a message to other teams about what they were up against.”

After beating Wakefield 5-0 in extra innings in the opener, Malcolm won with relative ease the next four days. In addition to the wins over DCB and Pender, there was a 7-1 win over Imperial in the July 19 winner’s bracket final. Frank had a pair of doubles that night while Mason Wisnieski fanned 12 batters in a complete game win.

Meyer and Wisnieski each had two appearances in the tournament as the duo combined for 40 strikeouts and just two walks with an earned run average of 0.40.

“Mason has been a huge addition for us this season both on the mound and at the plate,” Rieschick said. “He and Maddox are probably the best one-two punch in the state on the mound.”

Carson Frank and Owin Little stepped up when their names were called as they each earned tournament wins. Frank pitched a complete game while fanning nine DCB batters while Little came one out short of a complete game as he held the Pender lineup at bay.

“They did a great job for us,” Rieschick said. “When you have guys go deep, that just saves pitching, and these guys had huge outings.”

Malcolm finished the season with a 24-1-2 record. The state championship is the second for the juniors and the first in 10 years. For Rieschick, the title is his second as a coach. He led the Wilber juniors to the crown in 2016.

“What this team was able to accomplish this season is really remarkable,” Rieschick said. “Of the four teams I’ve coached in state tournaments, statistically, these guys were by far the best. Honestly, in the years I’ve been coaching, this is probably the best juniors team I’ve ever seen.”