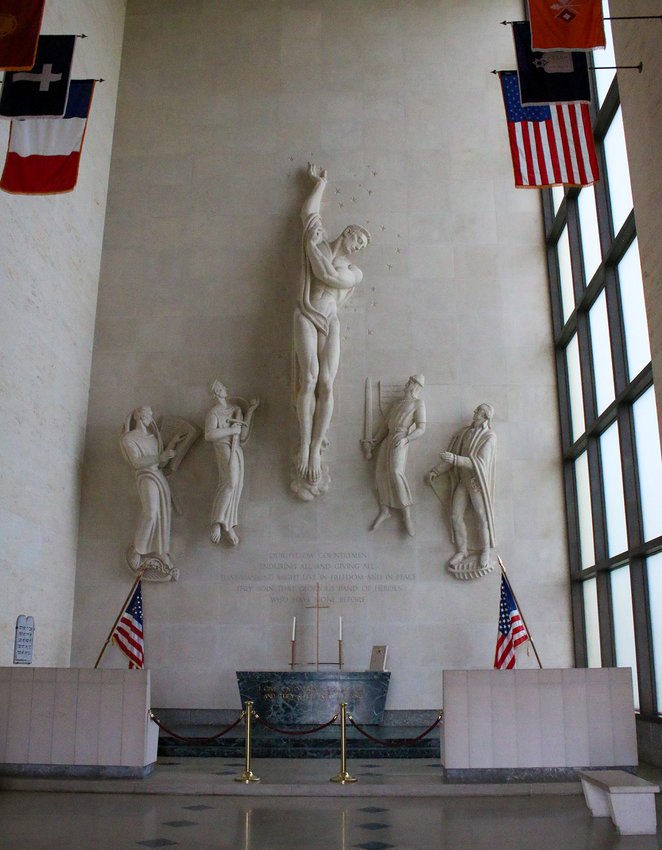 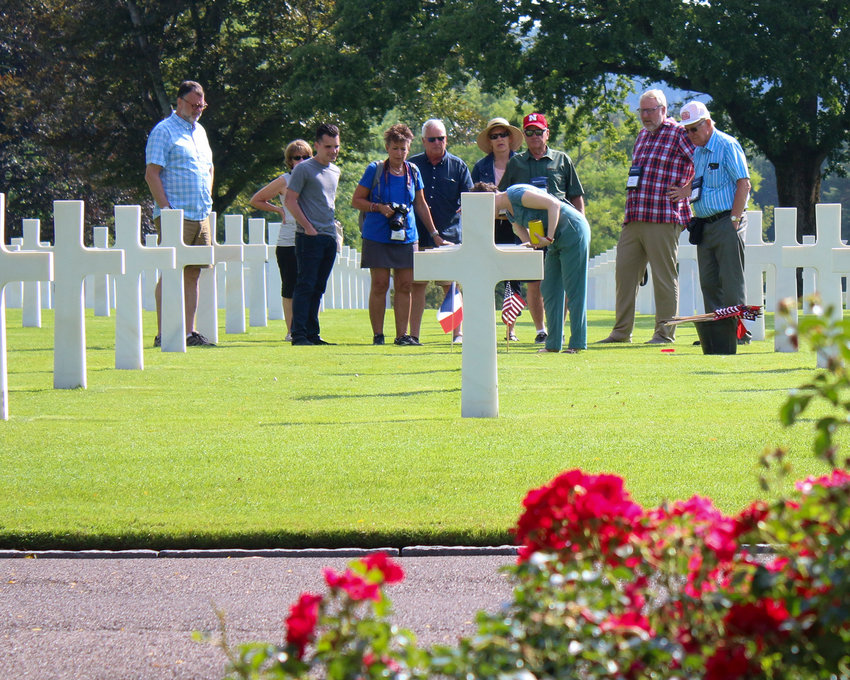 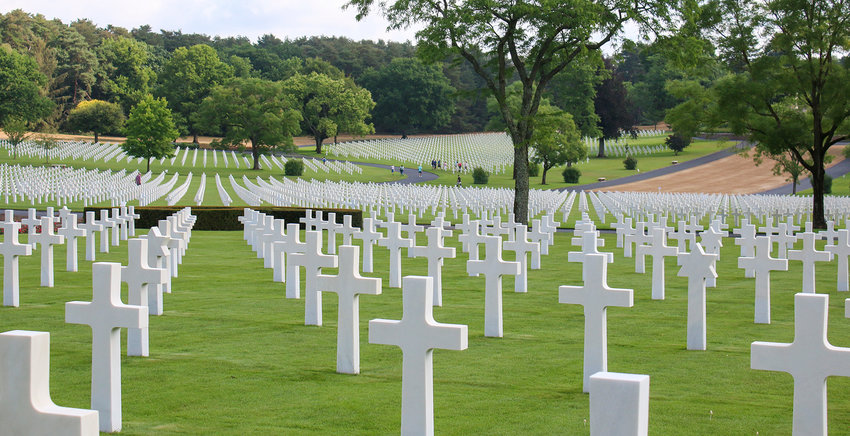 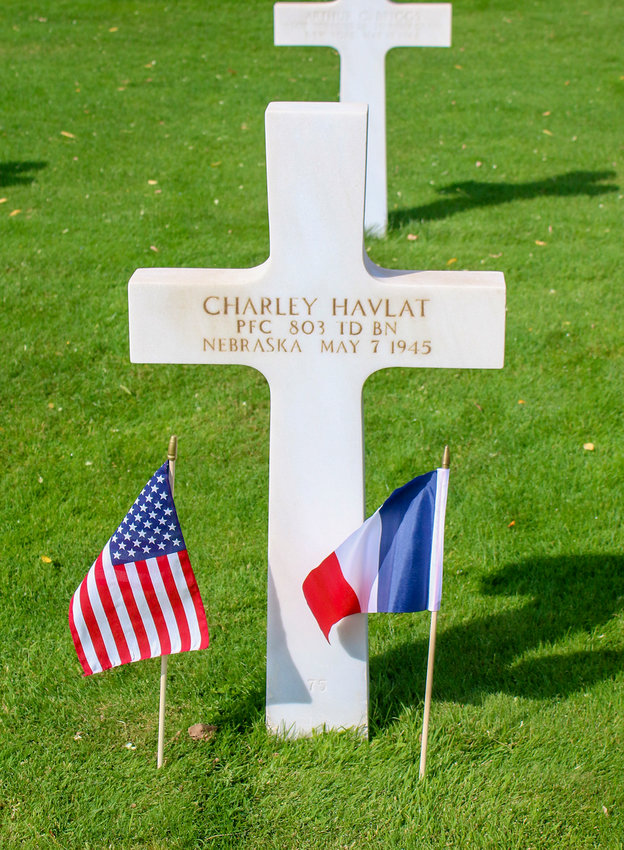 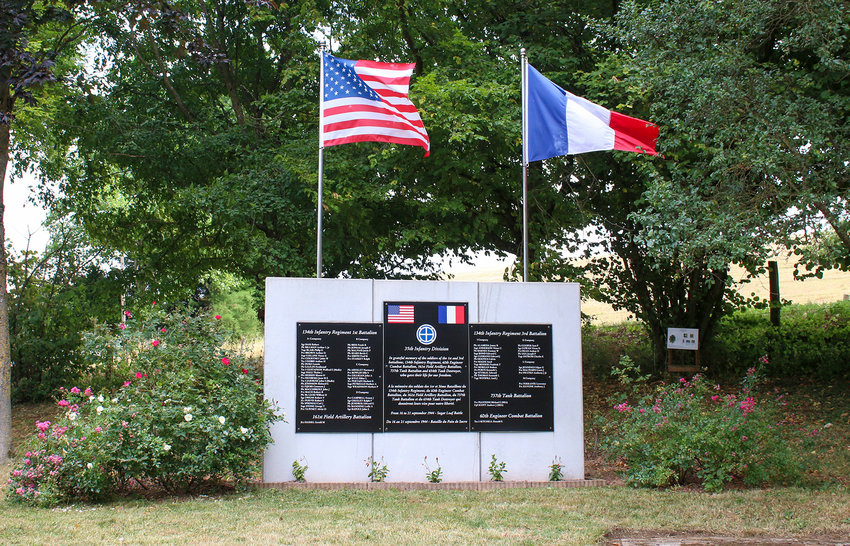 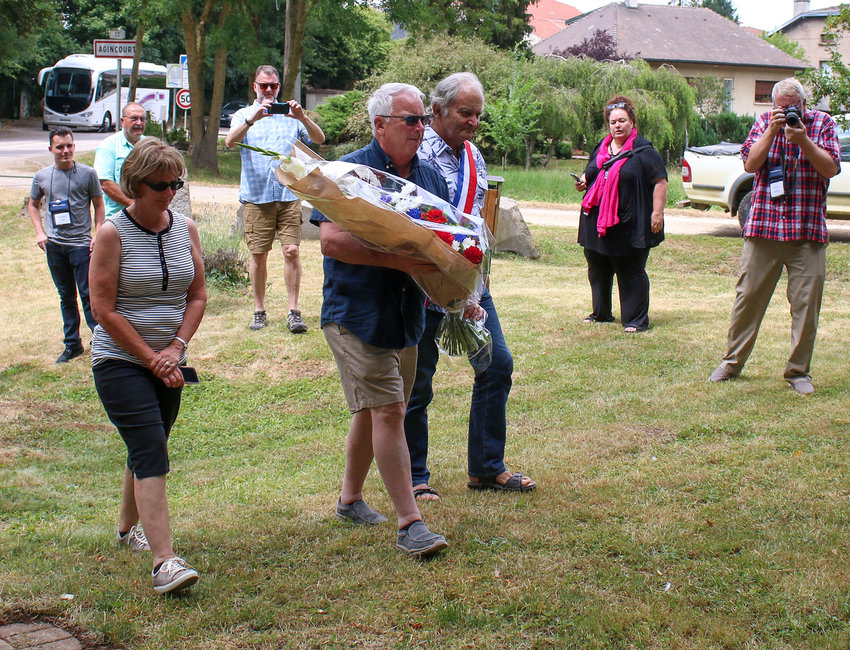 Alan and Janet Baldwin join the mayor of Agincourt, France, in laying flowers at the memorial at Sugar Loaf Hill.
Stephanie Croston 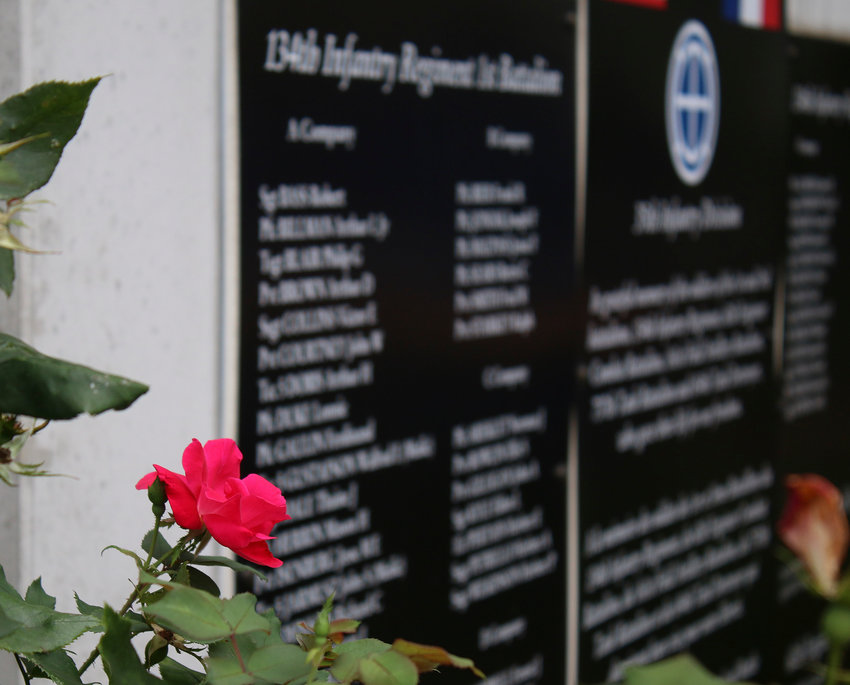 Today didn’t have as much on the agenda. This morning started at the Lorraine American Cemetery. Among the graves we visited was that of Charley Havlat of Dorchester, the last American killed in the War in Europe. He died May 7, 1945. I got to be part of the wreath laying today, with Alan and Janet Baldwin and Darin Krueger.

Lorraine has the largest number of American dead from World War II - 10,481. The chapel front features “St. Nabor, the martyred Roman soldier overlooking the silent host,” according to abmc.gov. As with the other military cemeteries we’ve seen, the number of grave markers is staggering.

As we drove to our next stop, we paused in Armacourt, France, to see a plaque dedicated to the orphans of the 134th Regiment. Located on the east side of the village church, it was hard to see, but Nick Tuma spotted it right away.

We had lunch at La Villa des Roses with the mayor of Agincourt. The setting was charming - we ate outdoors again and enjoyed the breeze. After lunch, we went to the monument honoring Sugar Loaf Hill. This is where Alan Baldwin’s father was injured during the war. After a short ceremony and flowers, the majority of us headed up the hill. We couldn’t go all the way to the top because our way was bar-bedwir-ed. I made it to the fence, though. The view was spectacular.

Back to Nancy for our final night in the Grand Hotel there. I managed to stay up for the light show, even though I knew we had an early morning.