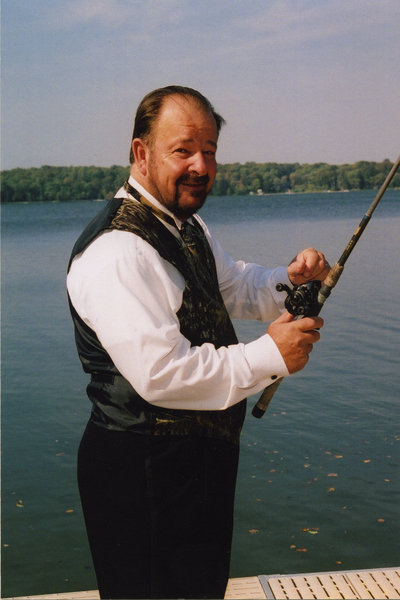 John Steven “Steve” Gribble made his transition, as family communicated their love for him, on July 23, 2022. Though his body experienced medical issues over the last several years, Steve's mind remained creative and clever. His heart, genuine and generous, and always a story on the tip of his tongue.

Steve was born Oct. 30, 1944, in Lincoln, to Gayle Gribble and Eileen Gottmann. From a young age, Steve loved playing everything from cards to sports to pranks. While play came quite naturally to him his entire life, school was a different story.

He flunked the second grade and would have flunked college if it weren't for earning A's in football and baseball. Steve shocked a lot of people when, in 1969, he graduated from Stetson Law School and went on to practice law in Florida for 50 years. A great accomplishment, you could say Steve's rocky start in school worked out.

From butchering meat in his family's grocery store in Oakland to running a charter fishing business in the Florida Keys to pouring beer for guests at Gribbles' Cozy Cove Resort, Steve loved and took great pride in every job he ever had.

His favorite “job” was being a father. What he loved most and took the greatest pride in was his family, immediate and extended, as well as his many friendships. What made Steve happiest was being with his wife, Lynn; kids, Michel Le and Kyle; and grandkids, Jayden and Joy. Close friends, of which he would say he was blessed to have more than most people, were also sources of great happiness.

And while you may have heard him communicate his gratitude for family and friends more than once, you likely didn't hear the same story more than once … because Steve had so many stories. A legendary storyteller, whose stories “are all true.” From experiences on the water to in the woods, from sports fields to the field of law, Steve had too many stories to need to make them up.

He felt like the luckiest guy that ever lived.

Steve will be honored at Zabka - Perdue Funeral Home in Seward on Friday, Aug. 5, at 2 p.m. A visitation with Steve's family is scheduled immediately prior to the funeral service from noon to 2 p.m. The family invites guests to wear “the only color” (as Steve put it), red.

A Celebration of Life is planned for Sunday, Oct. 2, at Gribbles' Cozy Cove Resort in Dent, Minnesota. Details are yet to be determined. In lieu of flowers, memorial contributions ares suggested toward a flagpole at Cozy Cove and the Perham Jacket Fishing Team. Mail contributions to Lynn Gribble at 38811 Cozy Cove Road, Dent, MN 56528 or submit via PayPal to michel.gribble@gmail.com or Venmo @MichelLeGribble. Condolences may be left for the family online at www.zabkafuneralhome.com.