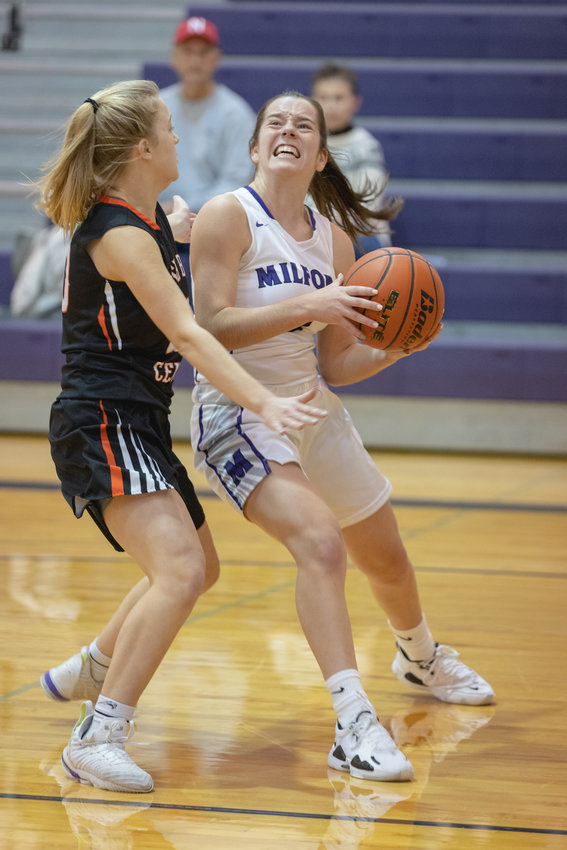 Shots weren’t falling Dec. 20, but the Milford girls’ basketball team found a way to win anyway. Milford defeated Mead 32-22 in the first round of the Central City holiday tournament.

The Eagles made their first three and missed the next 18, Coach Bryce Roth said.

“I’m not sure I’ve ever been a part of a game where we shot so poorly but still managed to find a way to win on the road,” he said.

Milford competed hard the next night, as well, but top-ranked North Bend Central was too much, taking the 54-34 victory. Roth said the Eagles cut the lead to 10 at one point, but NBC pulled away.

Kaitlin Kontor was the leader with 11 points.